The Seresto antiparasitic collar enjoying enormous success with pet owners, it is the subject of many counterfeits mainly from China. However, these counterfeit pest control collars may not only be ineffective and expose your pet to parasites, but they may also be harmful for him, as for those around him when he is caressed for example. It is therefore necessary to learn to recognize the fake Seresto collar.

We also tell you in this article where to find the real necklace at a reduced price, without taking any risk for the health of your dog or your cat.

Why do you find counterfeit Seresto collars online?

It is not uncommon to find counterfeit veterinary products on many websites such as eBay, Amazon, Wish… Online sales on the Internet have also greatly encouraged this phenomenon. Unscrupulous manufacturers know that dog and cat owners love take care of their animals. However, since veterinary products are often expensive, they are on the lookout for bargains.

Seresto having established itself as a must in the fight against parasites, logically, counterfeiters have taken an interest in its products to divert them. The fact that these necklaces are delivered without prescription makes it easier for fraudsters.

Press release from the DGCCRF of December 3, 2020

The Seresto collar fraud was confirmed by a press release from the DGCCRF (General Directorate for Competition, Consumer Affairs and Fraud Prevention) in December 2020, proof of the scale of the phenomenon.

ANSES (National Agency for Food, Environmental and Occupational Health Safety) has detected the appearance on the market of fake collars pest Control for dogs and cats from China, sold on the Internet. Following their analysis, the organization confirmed that they do not respect the current regulations and "do not contain the active substances they should contain". This means that the collar can be ineffective, But also dangerous.

The National Agency for Veterinary Medicinal Products (ANMV) within ANSES is the body specializing in market surveillance of products for veterinary use. She was challenged by the abnormally low prices of the various models in the Seresto range. After investigation, she points the finger at the site Wish on which these counterfeits are offered. The shipments originated from China at the time of their investigation.

It seems obvious that counterfeits are offered on other sites, such as Ebay, hence the need to learn to recognize a fake Seresto collar.

How to recognize a fake Seresto collar?

Fraud agencies track down counterfeits, but their work cannot be exhaustive, faced with the sprawling offer that exists on the Internet. To avoid risks for your pet, here are the different criteria to check.

There are two types of counterfeiters: those who perfectly copy the original and those who hijack it and rely on a misunderstanding. They then slightly modify the name of the brand. They also use a logo, typography and color code very close to the original.

Your first task is therefore to ensure that the name and Seresto-logo are respected.

A ridiculous price should attract your attention. All resellers go through the official manufacturer Bayer, which means that it is impossible for them to sell the products below a certain threshold if they want to make a margin.

Also beware of super promotions that encourage you to spend more on the many marketplaces like eBay, Wish...

You can find counterfeits on any site, but the risk is lower on the most known and recognized (Amazon, eBay, etc.). You can limit the risks by observing the site where the collar is sold more closely. Counterfeits mainly come from abroad and more specifically from China. A badly translated site full of spelling mistakes should arouse your suspicions.

Take the time to surf the different pages, find the contact details of the company that administers the site, read the about page, etc. This allows you to judge the seriousness of the site.

Observe the conditioning of the collar

Upon receipt of the order, you must inspect your package. Seresto take care of your packaging. The necklace is packaged in a box on which the images are printed. Any sticker turns out to be suspicious. As for the brand logo, it appears in relief.

PreviousPreviousHow to choose the best pest control – Seresto or Bravecto?

How to choose the best pest control – Seresto or Bravecto? 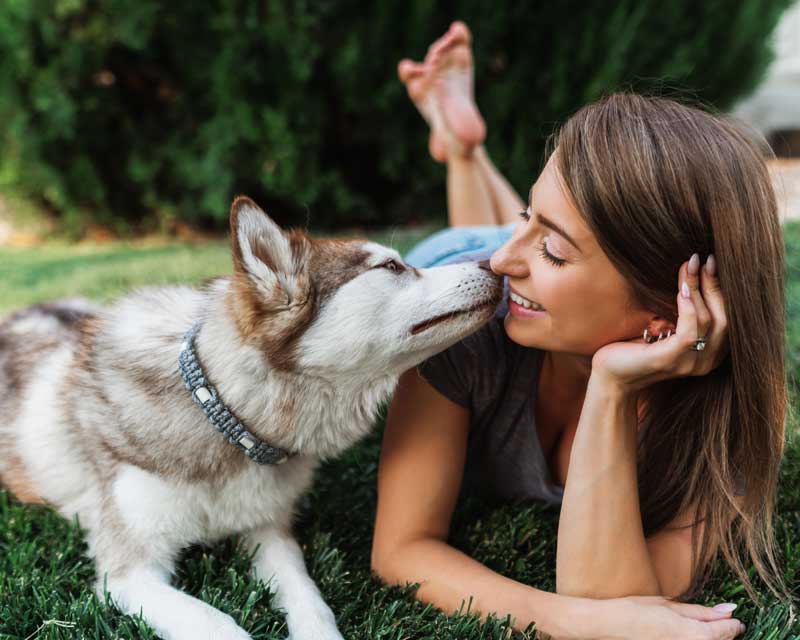 What are the different Seresto collar sizes?

Discover all the Kiss My Dog articles: health, tips, and news on our faithful companions the dogs!